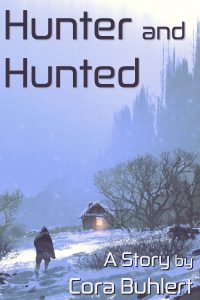 Once, Anjali Patel and Mikhail Grikov were soldiers on opposing sides of an intergalactic war. They met, fell in love and decided to go on the run together.

Now Anjali and Mikhail are trying to eke out a living on the independent worlds of the galactic rim, while attempting to stay under the radar of those pursuing them.

On their way back from a mission, Anjali and Mikhail are ambushed by a squad of bounty hunters. Wounded and hunted through a frozen landscape, they find shelter in a mountain lodge.

But their pursuers are still out there, tracking them. And with Anjali too injured to fight, Mikhail must face down seven bounty hunters on his own…